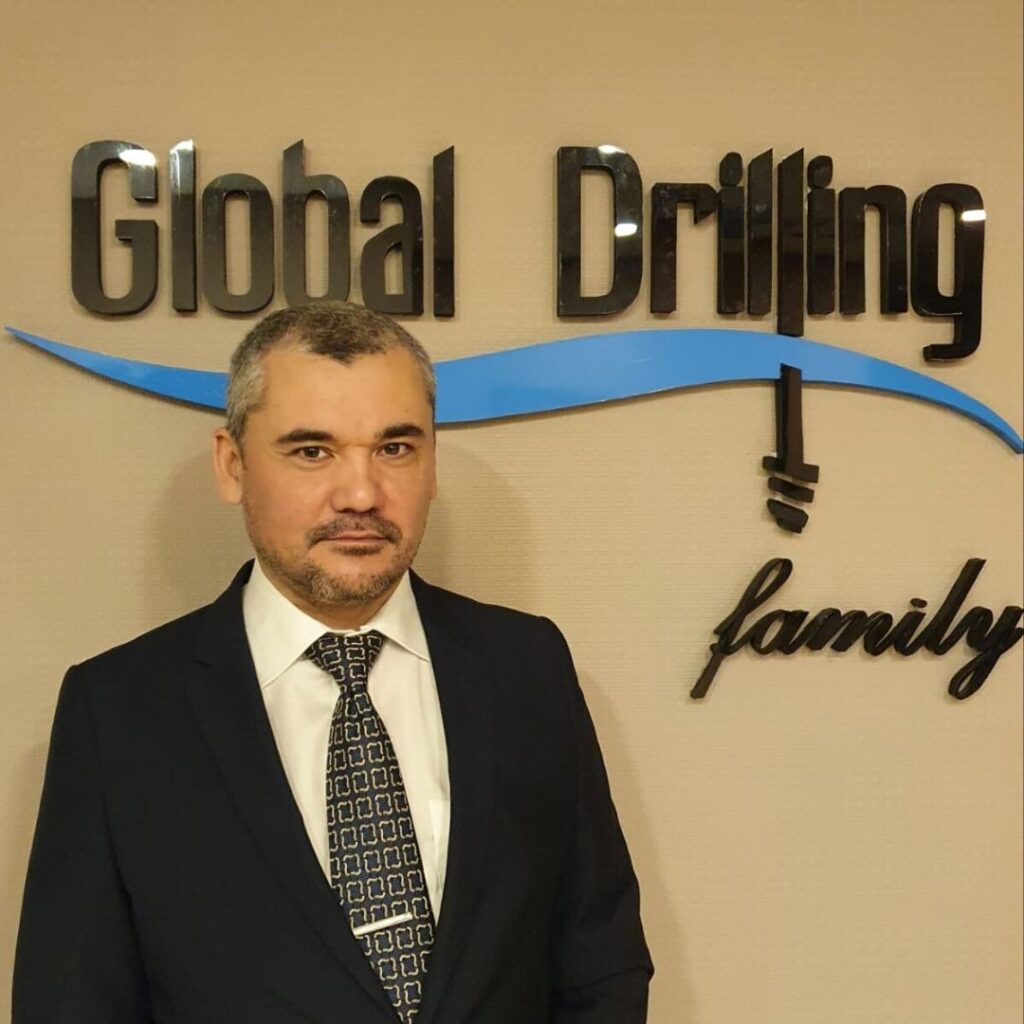 Holder of bachelor’s degree from Ufa State Petroleum Technological University specializing in Drilling Engineering. From 1999 till 2005 worked in different positions in Gazprom and Lukoil. He was gained fundamental experience by starting as Assistant of the Driller, Drilling Engineer, Supervisor on the Rig, and finally promoted to the Lead Engineer position. During this period, he proved himself as a team player with continuous improvement skills. He supervised a 50+ team of engineers.

Later, Rustem decided to move forward he accepted the position of the Regional Lead Engineer and Project Manager in Burintekh, Russia. He was responsible for many leading projects as well as always speeding time to give technical sessions for trainees in the regional development center. From 2015 he promoted up to Regional Director position in Burintekh, Kazakhstan. He always tries to bring out of the box ideas that ultimately proved their values, he implemented Integrated Drilling Services (IDS) system responsible for turn-key basis processes that was starting from Risk and Project Management, well design up to the drilling and completion of the oil and gas wells. He was leading the main projects of the company in numerous regions of Russian, Kazakhstan, Turkmenistan and Azerbaijan.

In 2015 Rustem appointed as General Director in GeoTelemetry. He gained unique combinational of values and skills that helped him to lead his projects successfully and in the scope of the time. Rustem has big attention in technical management processes which vital in improving the performance of the company.

From the beginning of development, Rustem joined Global Drilling Solutions. He received General Director role in GDS. He was identified as the right person to take GDS forward to achieve our purpose, ambition and aims. As General Director he responsible for all GDS oil and gas exploration, development and production activities worldwide. As one of the key elements of the company, Rustem oversaw improvements in both process and personal safety performances and production grew by 60%. He created an innovative new business model in the Global Drilling Solutions. His deep understanding of finance and trading always vital for GDS in adjusting capital structures and operational costs while ensuring the group of partners continues to be capable of meeting new opportunities.